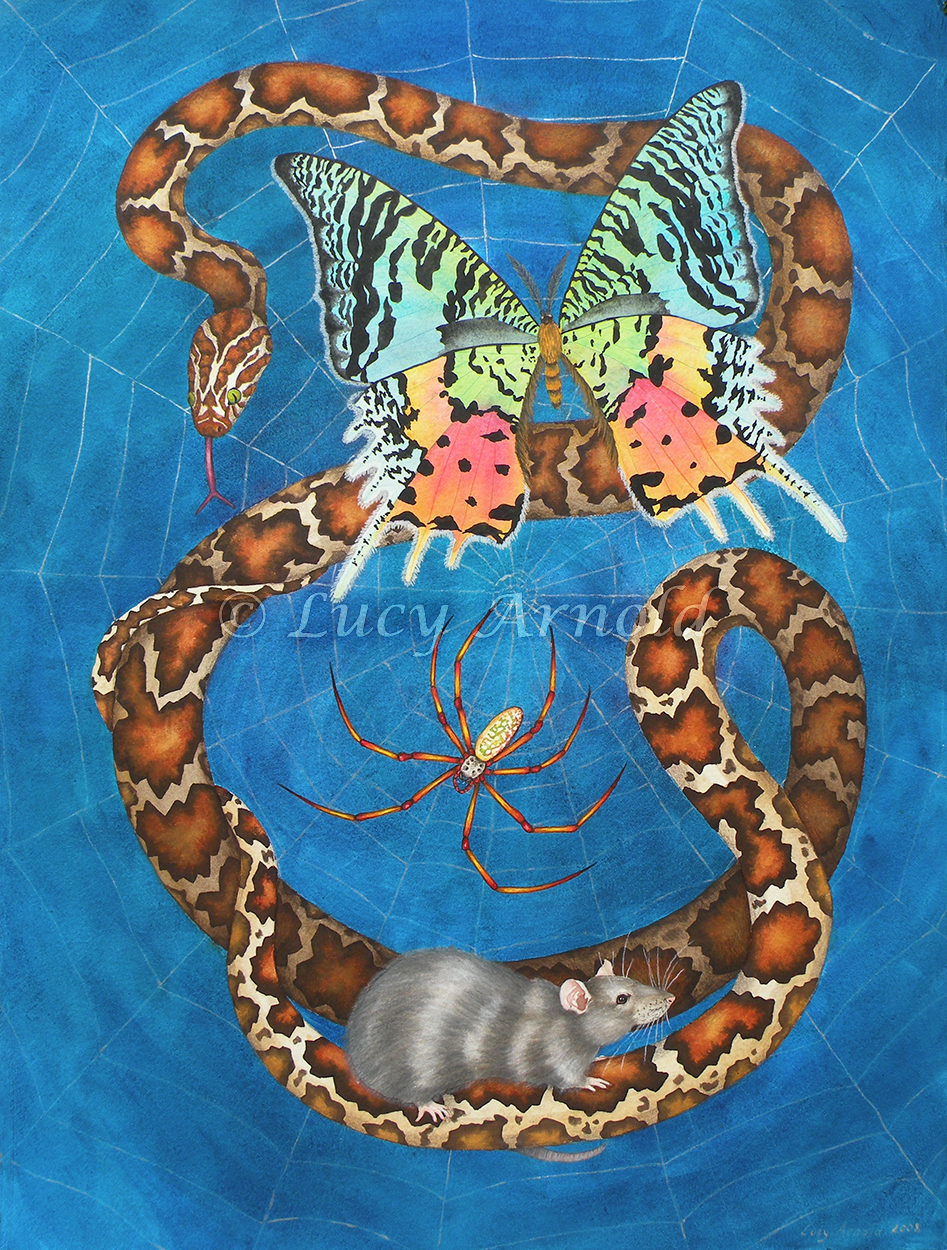 Beautiful Beasts Emerging is on exhibit at the Marin Society of Artists current members show, “Dreams and Nightmares”. It will be up until Friday, April 13, 2018.
This isn’t a painting that I show very often as it tends to make people uncomfortable, if not downright creeped-out.
However, it isn’t a frightening image to me. Here’s the story (from my website) of how it evolved:
My favorite winged insect, the Madagascar Sunset Moth, is featured in this dream image. The painting was inspired by a series of images that insinuated themselves into my head while I drifted between wakefulness and sleep. Butterfly, Spider, Snake, Rat. I had no idea how to join these characters into a single painting, but I had to give it a try. Finally, I decided that the moth, a flying creature, should be at the top. Spiders (represented by a Golden Orb Weaver) can be suspended between earth and sky, so he was next. I placed the rat closer to the ground. (I am especially fond of rats, since they remind me of my daughter, who adores them.) The snake was tricky. I finally found he could be interwoven with all the other characters. The background, I knew, had to be a deep blue. I was pleased with the composition, but it wasn’t complete… The fine, silvery web serves to unify the other elements, which feel like archetypes. And the title? Well, these creatures may elicit profound fear in some people. In my mind, however, they were all beautiful as they emerged from my subconscious. Thus, the title “Beautiful Beasts Emerging” came to me.
Marin Society of Artists is located at 1515 3rd Street, San Rafael, CA 94901.